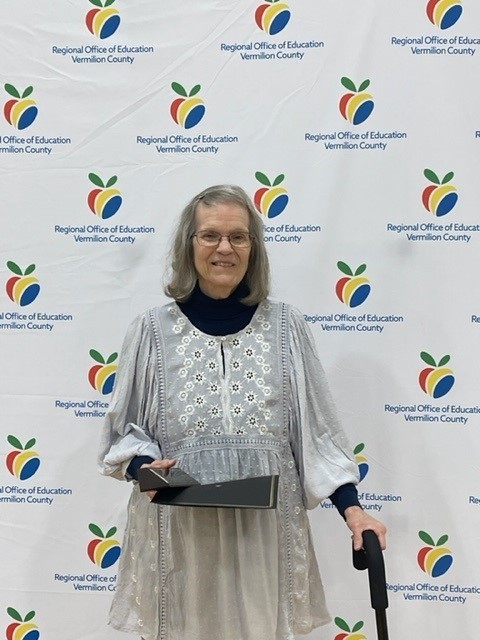 Janet Olmstead is currently employed as a tutor with the VVEDS College Express program.  Janet began working with VVEDS in August 2006 as a tutor with the College Express Program.  As a tutor, Janet works closely with students & enjoys working one-on-one with the students providing them tutoring services.  Janet also is essential in helping instructors with substitute teaching in all College Express classroom areas.  She earned her Associates of Science Degree from Danville Area Community College & her Bachelors in Communication Disorders & Science from Eastern Illinois University.  Janet will be retiring at the end of the current school year after 16 years.  In retirement, Janet looks forward to traveling with her husband, Phil.  Janet's contribution to Career & Technical Education & to the VVEDS College Express Program has been valuable to students & staff.