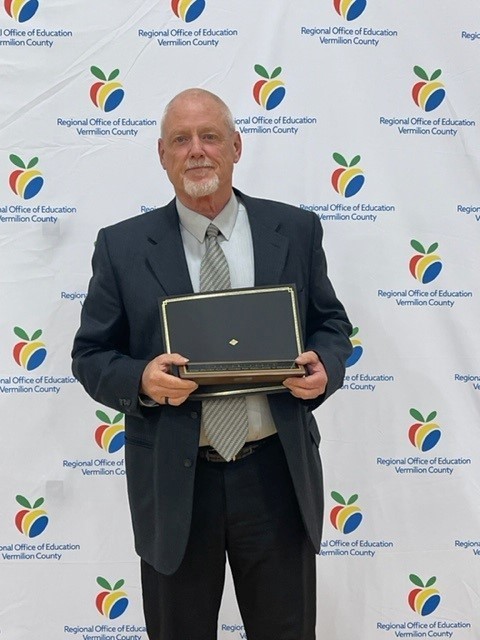 Having served as principal for 22 years and worked in the district for the past 27, Coach Guy Goodlove has come to define what Westville High School is and the values the community holds dear. Mr. Goodlove established a school highly regarded for consistent discipline, high expectations, and academic excellence. Under his leadership, WHS has graduated a dual-enrollment student from DACC and WHS every year since 2015. On the field, the hall of fame coach has had 8 “Elite Eight” appearances and led the school to back-to-back second place finishes in 2005 and 2006.He started the WHS Wall of Fame, transitioned the school into the technology of the 21st century, oversaw significant capital improvements, and navigated students and staff through a global pandemic. He’s had an enormous contribution to the lives of thousands at Westville. He retires as principal at the end of this school year as an iconic role model for leadership in Vermilion County.